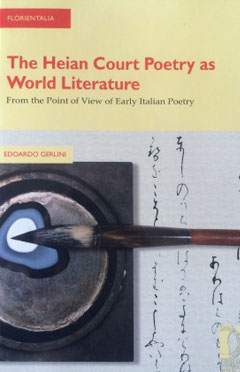 What could be the common points between the Literature produced at the imperial court of 9th-10th century in Japan with the one composed in Italy under the rule of Frederick II of Hohenstaufen? Why the Kokinwakashū in Japan and the Sicilian School of Poetry in Italy have been acknowledged as canons for later literary traditions? How did the political power influence the production of court poetry and the role of poets in the court environment? Why two particular poetic forms like the sonnet in Europe and the waka in Japan succeeded to survive until modern times? A number of studies have already compared East Asian and European Literatures, but this book is the first attempt to focus on the comparison between the classical literatures of Japan and Italy, under the new perspective of World Literature